Accueil » News » Don’t throw away your cigarettes, MéGO! recycles them 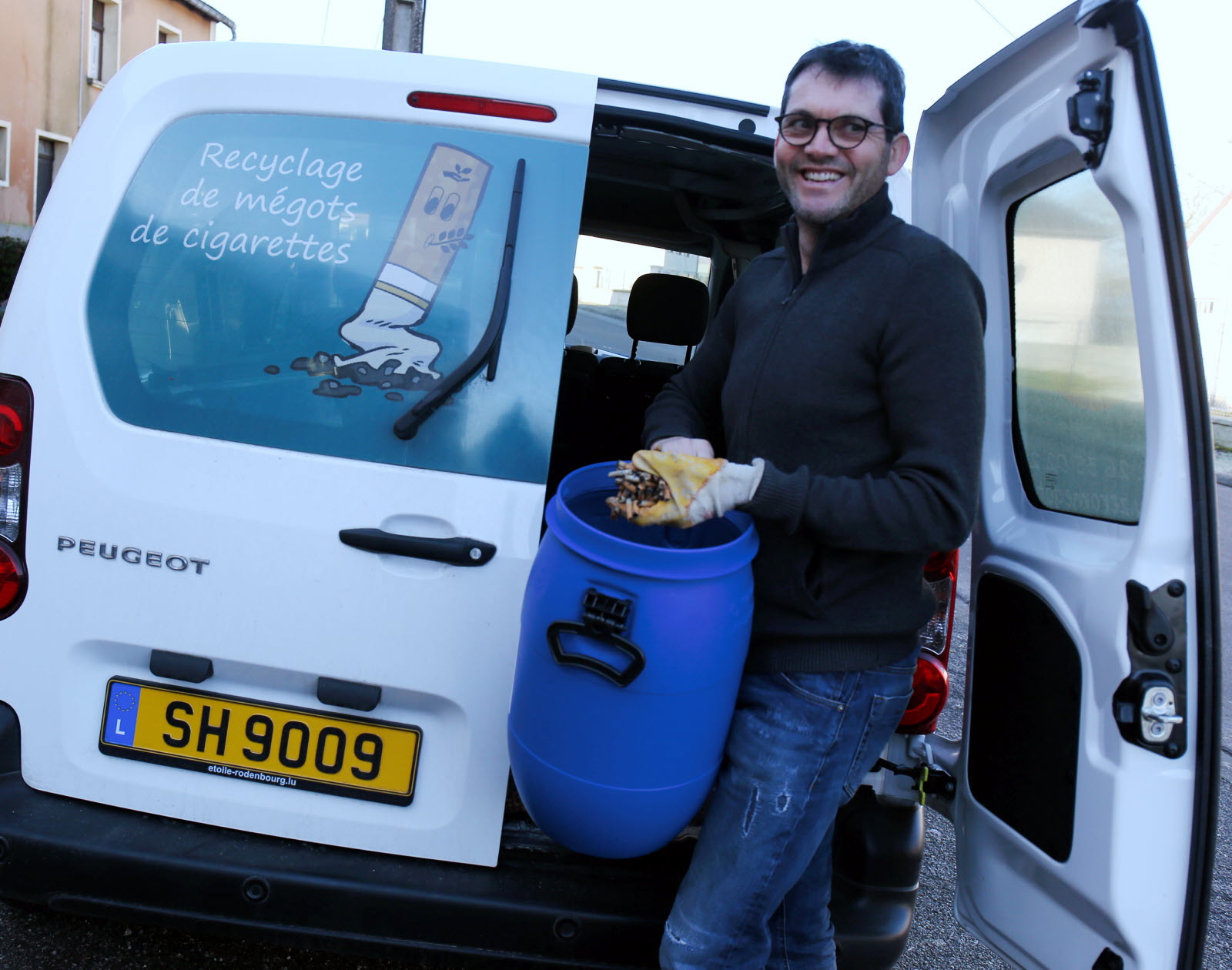 Don’t throw away your cigarettes, MéGO! recycles them

As the head of Shime, a business consulting company based in Luxembourg, Stéphane Herard wanted to do something for the environment. When he discovered MéGO!, a cigarette butt recycling subsidiary located in Bretagne, he imported the concept to Luxembourg, Belgium and Moselle. And it works

“Every minute, 8 million cigarettes are lit around the world. Two thirds of them end up in the environment. It is the first source of water pollution. The figures speak for themselves and made Stéphane Herard, head of Shime, a business consulting company based in Luxembourg, react. “I’m a runner and I regularly took a bag during my outings to collect garbage. Among those collected were many cigarettes.” Coming across an article, he wanted to know more about MéGO! “The concept was developed by Bastien Lucas in Bretagne. He created the first cigarette butt recycling subsidiary in Europe.

In January 2019, Stéphane, a resident of Calembourg in Laumesfeld, took his turn. “We had to obtain the authorizations and find the partners. Auchan, Luxembourg Airport, the Ibis Hotel, the cities of Bettembourg and Schifflange were seduced by the innovative ecological approach.

“Cigarette butts are a real nuisance. More and more people are becoming aware of it. In addition, a European directive is being studied concerning the treatment of single-use plastics. Did you know that there is plastic in cigarette filters? Since then, Stéphane and his colleagues have been making ashtrays available. “Our ambition? To recover one ton of cigarette butts per year. Then everything is transported to Brittany. The butts are treated, cleaned with water and therefore depolluted and transformed into urban furniture, like tables and benches.” Regularly, Stéphane participates in events and raises awareness. “We were present at the Moselle Tennis Open, where we installed ashtrays. We work with the Saint-Ju leisure area in Metz and the Viessmann company in Faulquemont. On April 13, we will participate in the Fox-trail in Bouzonville. The club has an ecological approach and with the president, we wanted to go further.

Soon a new branch near Sierck

Stéphane’s next step is to open a branch in France, at his home in Calembourg, and to expand throughout the Grand Est region. “The demand is exploding. We have already approached the town of Aumetz and Thionville. We can also consider being present at festivals. In its communication plan, it has put the package: “We put forward the safety by reminding that cigarette butts can start fires. It is also about cleanliness in the streets and gardens. It takes fifteen years for a cigarette butt to disappear. As for companies, they want to enhance their brand image by implementing an ecological approach. By organizing nature rallies… Attitudes are changing. And MéGo! has a future, especially when you know that in Luxembourg, 3 billion cigarettes were sold in 2018. The market is not going away.